Being an enthusiast of road-trips, i am starting this new series where i shall share road-trip maps from around the world. This new series is not only a compilation of road trips but also of my travel goals. In the first post of this series, we would explore enchanting Jamaica along the (in)famous Pirates Route.

The Caribbean paradise of Jamaica is known more for the excellent quality of rum it produces, apart from the white sand beaches and the high end resorts situated on them. Having said that, it is strongly advisable to take time off from your exotic Jamaica beach house and venture on a road trip, in order to get to know more about this beautiful island and the lovely people who reside on it.

Jamaica is such a fine place to explore, that it will probably take a person  plenty of repeat visits to enable him or her to capture the real essence of the island in a rather intimate way. The best way to go about this is by taking a trip by road, but before one embarks on one here are some top tips on which routes to take to make your traveling experience an interesting and stimulating one.

THE PIRATE ROUTE: MY TRAVEL GOAL

Jamaica, in the days gone by, used to be a citadel for pirates. Being strategically located between the Aztec gold route linking Central America with Europe, it became a perfect place to plunder and pounce on the unwary Spanish treasure ships. Though these days are long gone, the stories behind these historical events and evidence remain till today. The best way to explore these ages old stories filled with legends is to hit the road along the pirate route which is 500 Km long stretch and takes you through some of the best places in Jamaica. Jamaica, located in the heart of the Spanish Main, once was the perfect base for pirates and today this route is the reminiscence of that infamous history of this place.

The route starts from Port Royal and passes through Kingston, Negril, Round Hill, Montego Bay and Ocho Rios before ending at Kingston. Driving through this route takes you closer to places which are like eternal reminder of pirates that ruled them for centuries.

The Pirate route journey commences from Port Royal, a place which was once a swashbuckling enclave of some of the most bloodthirsty hooligans on earth. A quiet fishing town now, a drive towards the east along the Palisadoes will take you to the capital city of Kingston. 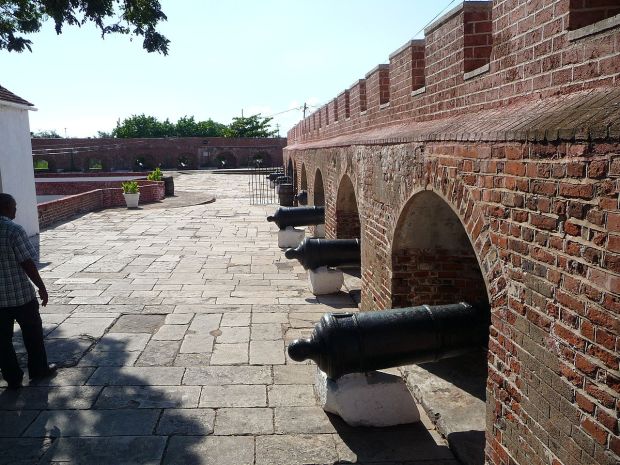 Kingston will remind one of Georgian architecture, especially at the 19th century Old Courthouse, located on Constitution street. From here, take a westerly route towards  highway A1, which leads to Spanish Town, which was  the  former capital of Jamaica. 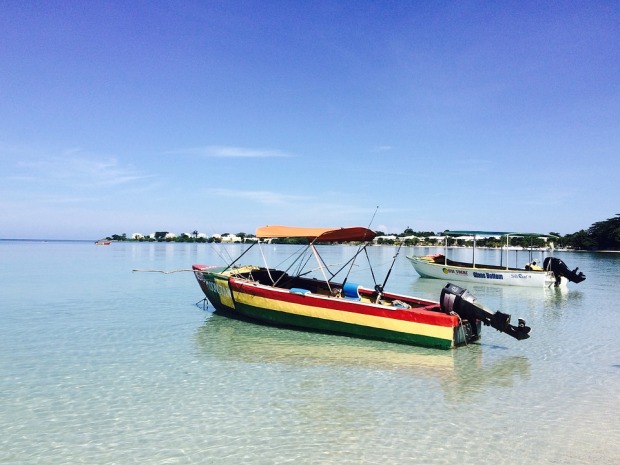 Head northwest along A2 towards the coastal town of Negril. There are plenty of  exclusive resorts on the  long sandy beaches of Bloody Bay,  where the infamous buccaneer John Rackham and his female cohorts were caught.

THE PIRATE ROUTE: ROUND HILL

The coastal highway, beyond Negril, heads in a northerly direction first and then changes course to the east. All the while the drive provides spectacular views of the open ocean for as many as 40 miles till the suburb of Hopewell, in Montego Bay.

Round Hill can be observed from Hopewell as a prominent  forested area that juts into the harbor at Montego Bay from the western end. Round Hill fort, which at one time served as a safety barrier from the marauding pirates, provides excellent views of the city and the bay area.

Drive through the interior of the island on a 4 hour adventure road trip from Montego Bay. On the  way visit natural waterfalls and hidden pools, as you get up close to the history and culture of the country. The sights include a former slave hospital converted into a church in the 19th century. Head off to the real ‘Jamaica’ through dense foliage while keeping an eye on viewing the local wildlife.

A magical drive, Approximately 100 km long, along the beautiful north coast, will bring you to Orcho Rios, the hometown of Henry Morgan. About 32 km east of Ocho Rios stands Port Maria, which houses the Firefly, the estate of the famous British playwright, Noel Coward, where he passed the final 20 years of his life.

THE PIRATE ROUTE: BACK TO KINGSTON

Head east towards Port Antonio, for one of the most scenic drives around the Blue Mountains. Here you will find little evidence of pirate related sights, but the beauty of the place will surely take your breath away. Drive round the eastern end of the island and head back to Kingston.

And thus you would be able to complete this road trips which is full of scenic delight and filled with legendary stories.

Although Jamaica is an incredibly beautiful island in the Caribbean, driving around to view some of the scenic attractions can be nerve wracking. Even though most of the roads are paved, they suffer from poor maintenance. The A1, A2, and A3 highways are your best bet, but even these are not nearly as good as in roads in the US or elsewhere. Remember that there are few service spots en route, so if problems occur with the car, one should know how to fix them else you can get stranded in an isolated area with no repair shop for miles in sight.

This is my travel goal. Whats yours?

10 thoughts on “My Travel Goal: The Pirate Route In Jamaica”