Recently we did a self-drive road tripping to Naggar in Kullu District near Manali in Himachal Pradesh. As soon as annual snow fall arrived in North, it brought with it an itch to take up one last road trip of 2014 towards snow capped mountain range of Himalaya.

The year 2014 had already been a great year as a road tripper for us, and after having driven on dangerous roads of Kinnaur and Kumayun, scenic roads of Rajasthan, this last road trip of 2014 gave me an opportunity to drive through extreme fog and meander on roads through snow.

So during long weekend of Christmas, after much deliberation we finalized another off beat location Naggar in Kullu District 22KM before Manali. Naggar is one of the most picturesque hill location which offers one of the best view of Kullu Valley from Left Bank of Beas. This quiet hill location has a perfect aura of rustic romance around it. However, our entire focus was the road between Delhi and Naggar which would meander across Satluj River upto Bilaspur, Suketi Khad upto Mandi and then Beas River upto Naggar. The route might not be as picturesque as the Delhi-Chandigarh-Shimla-Kinnaur route, but after Mandi the scene changes drastically for a beauty seeker and nature lover as the greens and the blues become, well, greener and bluer.

We drive the entire length of approx 600KM from Delhi to Naggar in straight 15 hours out of which first 300KM were full of infamous fog of north-indian winter. Later, up till Mandi it was routine hill area, however, after Mandi upto Naggar along the Beas River, the stretch had wonderful landscapes with white-water streams on a backdrop of snow capped mountain range. The changing vignettes of these snow capped mountains and thus of the entire scene were captured through lens on each turn. 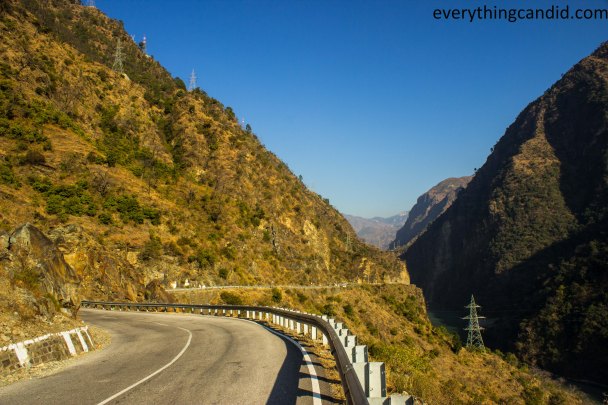 Road to Naggar along Beas River

We did the entire Delhi-Naggar-Delhi stretch of 1200 KM in 45 hours including 12 hours in Nagger Castle sleeping and otherwise, further 3 hours of sightseeing and photo capturing in Naggar. So roughly 30 Hours we spent on road driving, eating or taking shots. As a self drive road tripper this trip was fulfilling, as the sole focus was on the journey alone and we did it with aplomb.

This road trip was a bit of everything: Eating Tandoor Parantha at Murthal, driving approx 500 KM in dense fog, meandering along Satluj and Beas, capturing spectacular scenery, staying in 600 year old Nagger Castle converted into heritage hotel and having Maggi under a water fall in a road side café near Naggar. A perfect adieu to year 2014…

Let’s take a quick view of this Road Tripping from Delhi to Naggar: 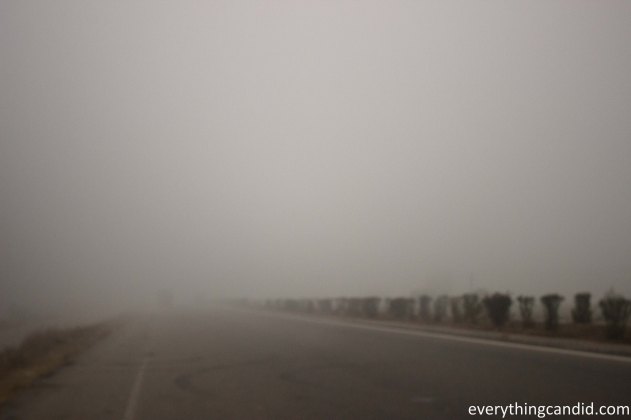 Canal Over Bridge near Bharatgarh: Due to fog it looked awesome!

Sundernagar: Loved this place, a Hidden gem! Some day i will spend a day in this town.

A road along the Sundernagar Tank: Picturesque Backdrop!

Salute to these guys for doing it in December! 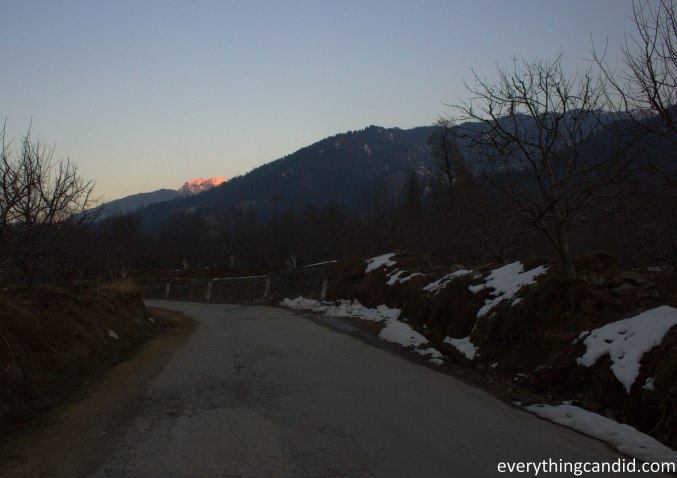 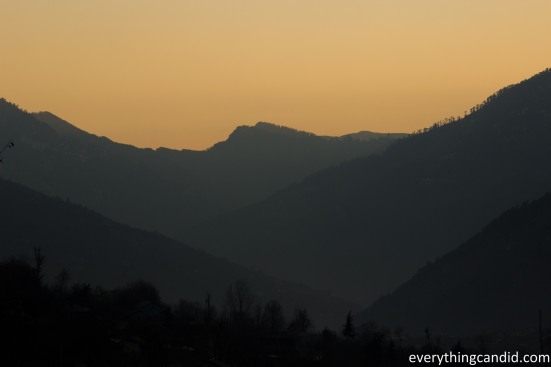 My Darling Car on chilling snow laden road in Naggar!

Left Bank of Beas towards Delhi: Left Bank has a lovely rustic and rawness in it!

Cafe under a water fall 5 Km from Naggar: Best Maggi Point of the world!

Maggi under Water Fall: It may soon become native dish of Himachal! 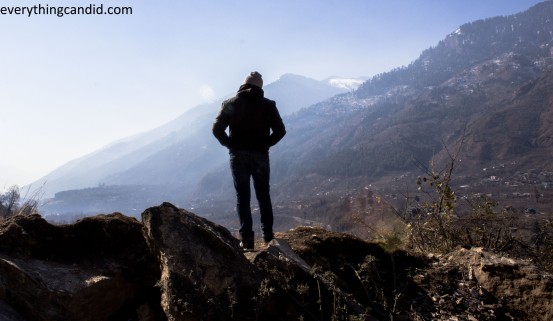 Standing on the top of the world: Bidding adieu to an all adventurous 2014! Hail!!!

The next post on this road trip will elaborate on Naggar as an offbeat location in Kullu Valley. Keep coming!!

35 thoughts on “Quick View: Self Drive Road Trip to Naggar in Kullu Valley near Manali”